The rush of the holidays, like a swollen river eating away at muddy banks, is pulling and making the anyone and everyone’s time slip away. Just today, a short trip into town to pick up pictures lasted twice as long as twice the amount of people waited at the once photography now layaway and photography counter. My afternoon floated away giving me no chance to save it. So many eyes rolling at the store, so many sighs from shoppers pushing carts, so much frustration bubbled through the isles as people looked for anyone with a name tag to help them on what ever last minute search they were on. One thing no one was bound to find was more time.

In a desperate attempt to avoid a crowded isle and save time, I cut through the book department to try to get to where I was going. This was the wrong sort of short cut for someone like me, and I probably did not make up any time as I emerged with two books. I told myself not to linger, but two books for my nephews, at least not myself, caught my eye, and another title made me chuckle, but I didn’t pick it up. The title was “Waiting Is Not Easy!” and it seemed so very appropriate for a holiday shopping day. The little elephant on the front of the book looked as exasperated as I felt.

It occurred to me that we cause a lot of this exasperation to ourselves. Personally, I love holidays, holidays of all sorts, because I love the homemade traditions that go with them. I love watching cheesy Christmas movies at Christmas time, wrapping and making presents look pretty, decorating, and baking, but sometimes I think that I will miss out on the magic of the season if I do something out of order, not the same as last year, or not at all.

So despite not having watched all of my holiday favorites, having not baked anything in three days, or having all my gifts wrapped, this weekend I said to Shane, “Let’s go for a hike.” Which he interpreted as let’s go squirrel hunting. Tomato-tomahto. I was glad to bundle up and be outdoors with him and Jagger. 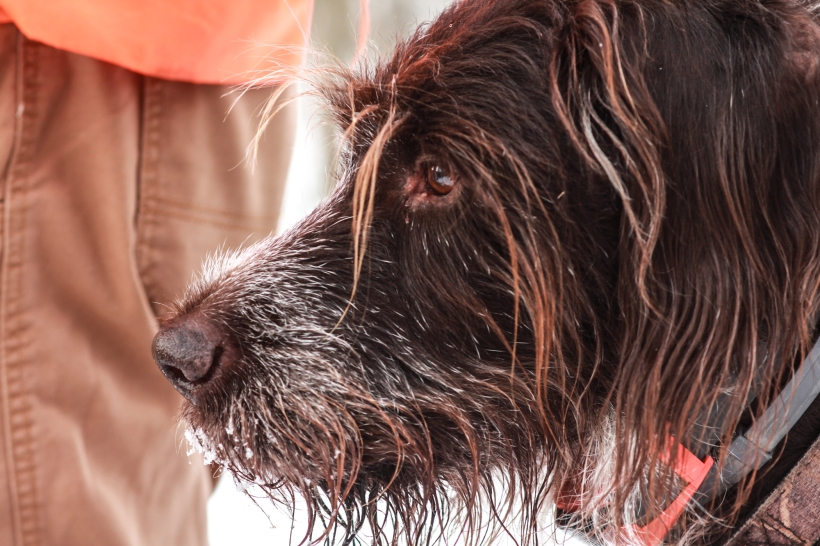 Not to be too cliche, but all that kept running through my head as we walked through the snow was, “Be still and know that I am God.” The forrest was ever so still that day, it was so peaceful, yet every tree, every branch seemed to be crying out, “Oh glorious day!”

I hope you can feel that sense of stillness and quiet from these couple of photo’s from that day paired with Steven Curtis Chapman’s “Be Still and Know” lyrics. 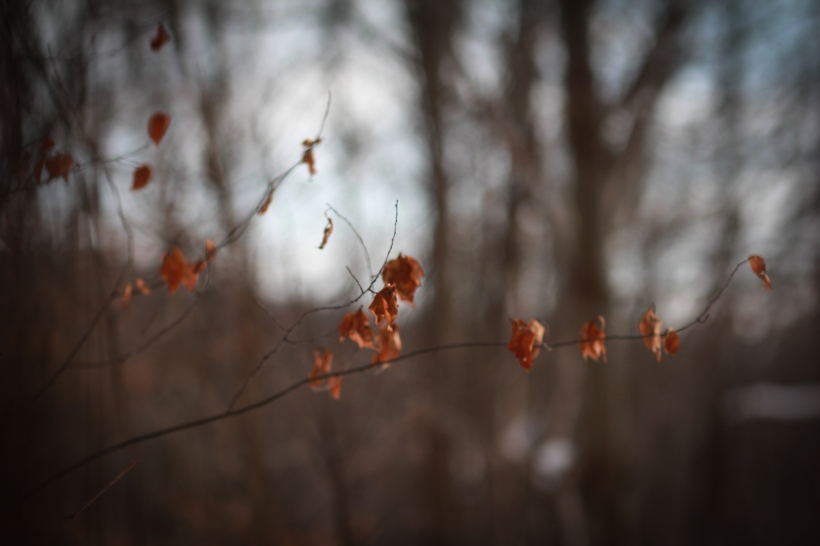 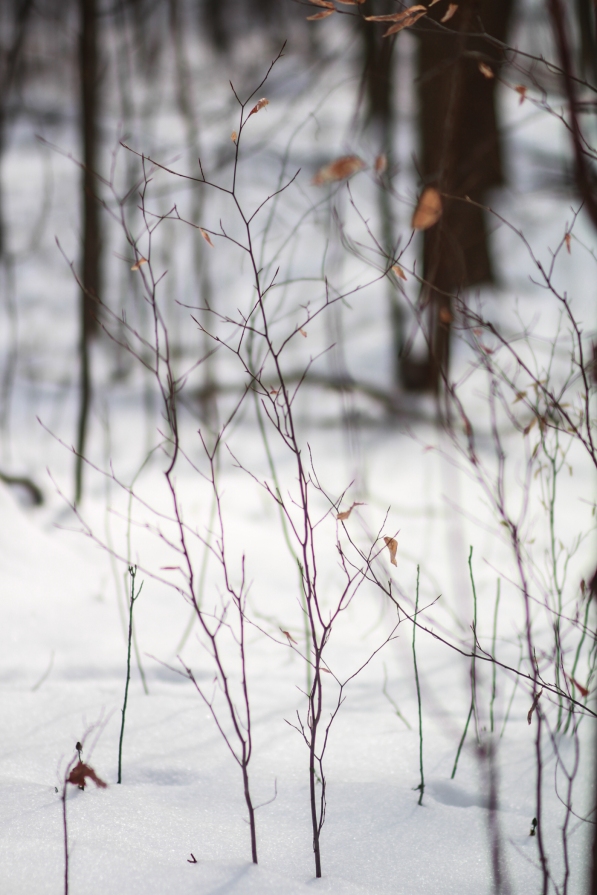 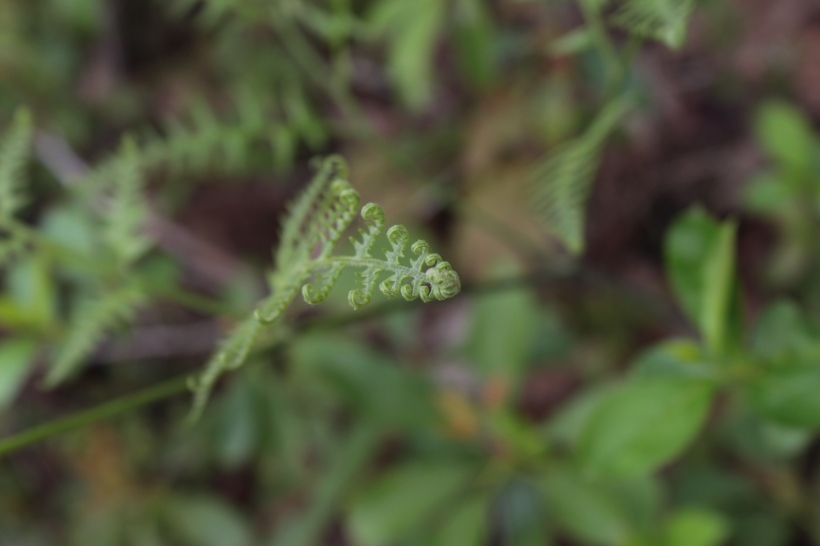 “Adopt the pace of nature: her secret is patience.” -Ralph Waldo Emerson

This weekend was one where Shane and I could sit back and adopt that pace. Back before the wedding bells, during our counseling and through books and conversations I had, it was made pretty clear that Shane and I should carve out time for just us. Knowing we both find relaxation in nature, I gave Shane as a Christmas present a packet of information I had gathered on state parks and sites neither of us had been to. This was the weekend that I would get to work out my planning skills and Shane and I could get away together.

Our spring has been hectic, but not by any fault of our own. It just seems that the pace of life really took off on us. Before we got married, things seemed to drag on as I planned what centerpieces should look like, he picked out our honeymoon location, and we figured out groomsmen outfits. Then we said “I do” and time has gotten away from us. This spring has really been a time of learning for us, and there isn’t a pause button on life to help us get our bearings, just each others hand to hold as we keep moving forward.

Even the week leading up to our little getaway was jam packed. Leah came down for a visit getting in on Tuesday, a day I was still working, then Wednesday she and I started our morning with a Bible study, a craft store stop, then off we went to the zoo followed by a concert that had been meant for her and Scott. The next day was a slow morning that included the gym, grocery shopping for the camping trip, then an evening of just enjoying everyones company and some ice cream. Friday was some last minute packing, a few more business calls for Shane, then it was off to Ricketts Glen State Park to get in a hike before Leah had to head back to Connecticut.

Back at home, thinking back to the weekend, part of me wishes we could’ve been there longer, but looking around, I know I can’t suspend reality for forever. There is so much to do at our little homestead, but being out in nature is a good reminder that great things take time. Trees don’t touch the sky in one morning, rocks carved out by water don’t happen overnight, even a good breakfast burrito cooked by the campfire need not be rushed.

“Let your hope keep you joyful, be patient in your troubles, and pray at all times.” Romans 12:12

Opening day of trout went off splendidly! My first cast, I reeled back in a lovely, little rainbow. I can honestly say that was the first time that has ever happened to me. This, I think, got everyone keyed up to get their own; in our early morning fishing party there was my husband, my dad, and my cousin Leah. Leah has never been fishing, this was something Scott promised to do with her, and they never got the chance. So out on Parker Dam we went to be “first dayers” as my husband calls them.

He and Scott were never “first dayers”, in fact, they often were annoyed by all the people who stand shoulder to shoulder on our shoresides that one day a year. Though my dad took me to places Like Moose Creek in Clearfield, Pennsylvania and out on streams in South Dakota’s Custer National Park, my father and I, for sake of tradition, often were Shane’s loathed “first dayers.” He teased about bringing his sleeping bag and camping chair to Parker Dam so that he could stay warm as he napped with his bobber and Power Bait in the water.

Then cast, bizzzz, plunk, and “I got one!” happened, and Shane perked up, Leah and my dad too. My dad was the next one to pull a flipping-flopping trout to shore. I think it was impressive to Leah to see fish getting caught so quickly, and I am sure it gave her the wrong idea. It took her until the afternoon before she finally got her own slippery, wiggly trout, and it was a good moment.

For our Easter dinner I cooked up five of the trout for people to try. It by no means was the staple protein at the table, but I was excited to share our bounty. Mainly the men munched on the fish, but others did give a small bite a try. All last year I had been wanting to cook up this recipe for Shane, and for what ever reason, mainly for lack of trout, I never got to. Finally, he got to see why I enjoy keeping the trout I catch.

While we all enjoyed the fuss and excitement of the first day of trout, Monday was a less adrenaline filled day. Leah and I went to the gym, then out for lunch in this area I am now calling home. Conversation focused around Scott as we talked about things that made him so great, plans they had had, and things they had done. It was a good and needed day that ended with something he was truly passionate about, fly fishing. 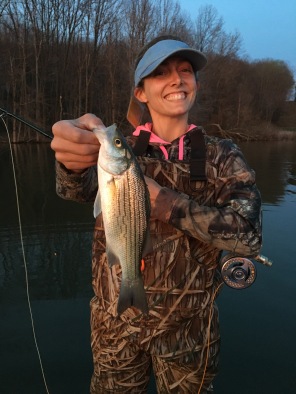 Leah put on hip-waders for the first time and her lesson began with Shane in the waters of Lake Arthur. I myself am still learning, so I didn’t have any input on the lesson and was practicing my own motion of the fly rod. The only thing I encouraged was to come out further because we could see striper action on the water. She did catch a bluegill before we went in and discovered that for the last half of it, she was with out a fly due to the whipping she was doing instead of casting. I was lucky enough to catch a bluegill and a striper, and I lost count of how many fish Shane caught.

When we were packing up Leah commented on how this was fun, but not a hobby she would probably get into alone, right away. Shane reassured her that he was by no means an expert even though he had been doing it since he was a kid and that there are always things to learn with it. I guess that is one reason out of many our guys got so into fly fishing, there is always new things to learn, to catch, to try, and during it all, you are in the beauty of God’s creation.

When Scott said that he felt closest to God out in His creation, it is like he really got what C.S. Lewis was saying in his quote, “God cannot give us a happiness and peace apart from Himself, because it is not there. There is no such thing.” If we hear the red wing black bird’s song as the water laps at our hip-waders and our rod goes whooshing through the air and don’t acknowledge that God created and gave us those things, finding peace while fishing Monday night may have been nearly impossible. Fortunately for us, that moment was a part of God’s peace painted out before us to partake in.

All three of us out there on the water have experienced a loss of someone who we loved. Believe me, at times it feels really unfair, and we are still wading through waves of emotions. But at the end of the day, we can have peace. Fly fishing on Monday was a moment of peace that energized our souls, enjoying God’s handiwork, from bright pink sunset, to scaly stripers. I honestly went back to Jonah a few times this weekend and remembered that God is a God of mercy and keeps his promises, even ones to give us peace.

Numbers 6:25-26 “the LORD make his face to shine upon you and be gracious to you; the LORD lift up his countenance upon you and give you peace.”