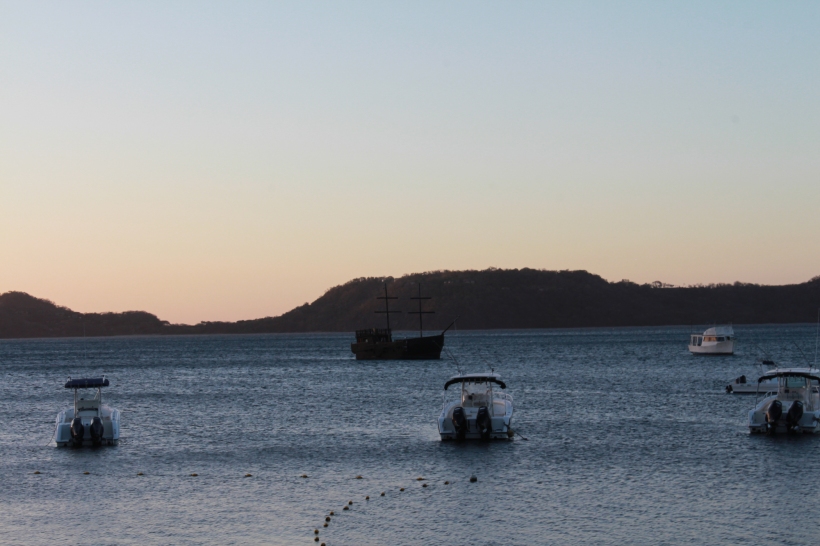 It was a busy fall week for Shane, a stressful week, and one night he came home and said, “Plan a trip!” The trip wasn’t going to be for that week or weekend, we looked ahead to our anniversary and decided now was the time to book something for January. So I spent a whole day comparing prices, points, and flights and decided on Costa Rica. If we were going to use some points, might as well go big.

We flew into Liberia, a small airport about twenty minutes away from our destination, the El Mangroove hotel in Guanacaste, Costa Rica. We arrived in the afternoon and walked out of the airport, following our hotel driver in winds that could knock a toddler over.

“Ah, yes,” our driver said with a smile when we commented on it. “It is our windy season.”

Our drive to our hotel took us past sugar cane fields, fields with horses and cows and strange trees. The road was winding and wove up and down hills. Motorcycles zipped past us in the other lane. We soon found out that having a fast motorcycle there was the thing to have, and when it wasn’t tourist season, you could have fun flying on these winding roads, but it was less safe to do that during tourist season. 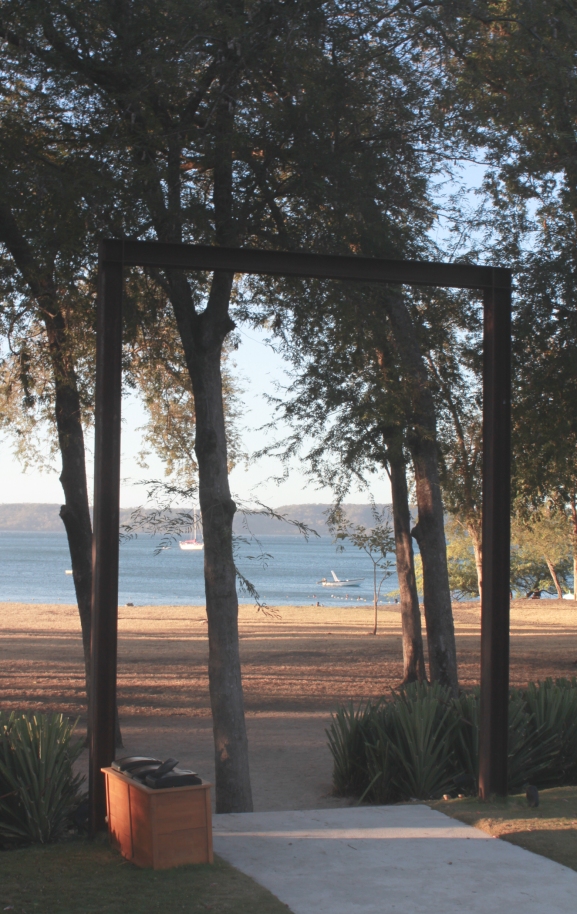 We were greeted at our hotel with a cool cloth and a passion fruit juice and as we waited for our room we had our first meal of ceviche and fried chicken skins. The fried chicken skins were so amazing, fatty, and flavorful. When we ordered them, our waitress lifted an eyebrow, and we reassured her that they sounded delicious.

“Not many people order those,” she said. 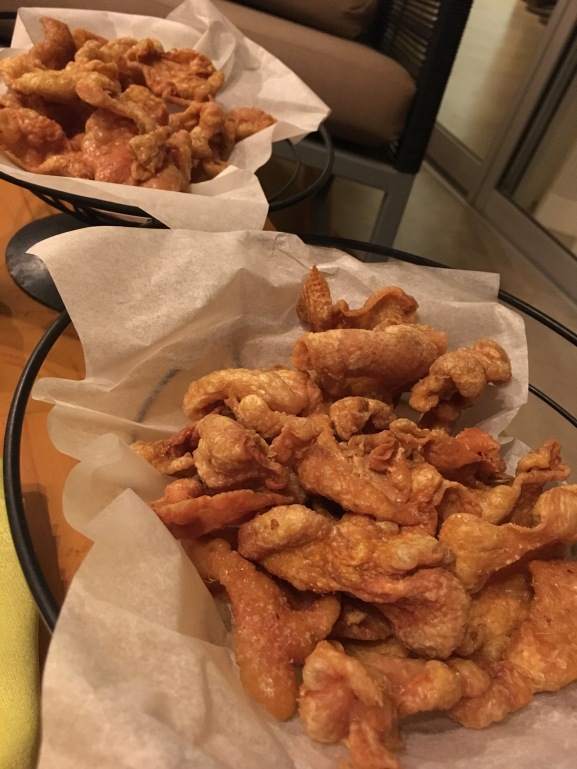 We ordered them multiple times on our trip. We had them for lunch, dinner and breakfast. Considering our fat-fueled diet, they seemed like a good fit and were delicious. 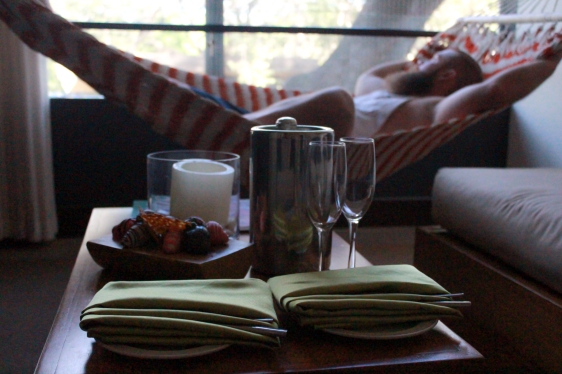 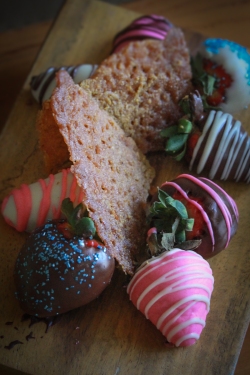 After discovering our beautiful welcome to your anniversary get-away treat from the hotel of chocolate covered strawberries and champagne, we took a walk on the beach, just enjoying the water and the black sand. Shane’s mind ever on fishing saw a fisherman and had half a notion to ask him how he was doing but passed. The fisherman had his car right in the trees on the beach, a hammock set up, and a kid digging a hole in the dark sand. It was a public beach, and almost immediately Shane and I agreed this was a kind of vibe we were good with. 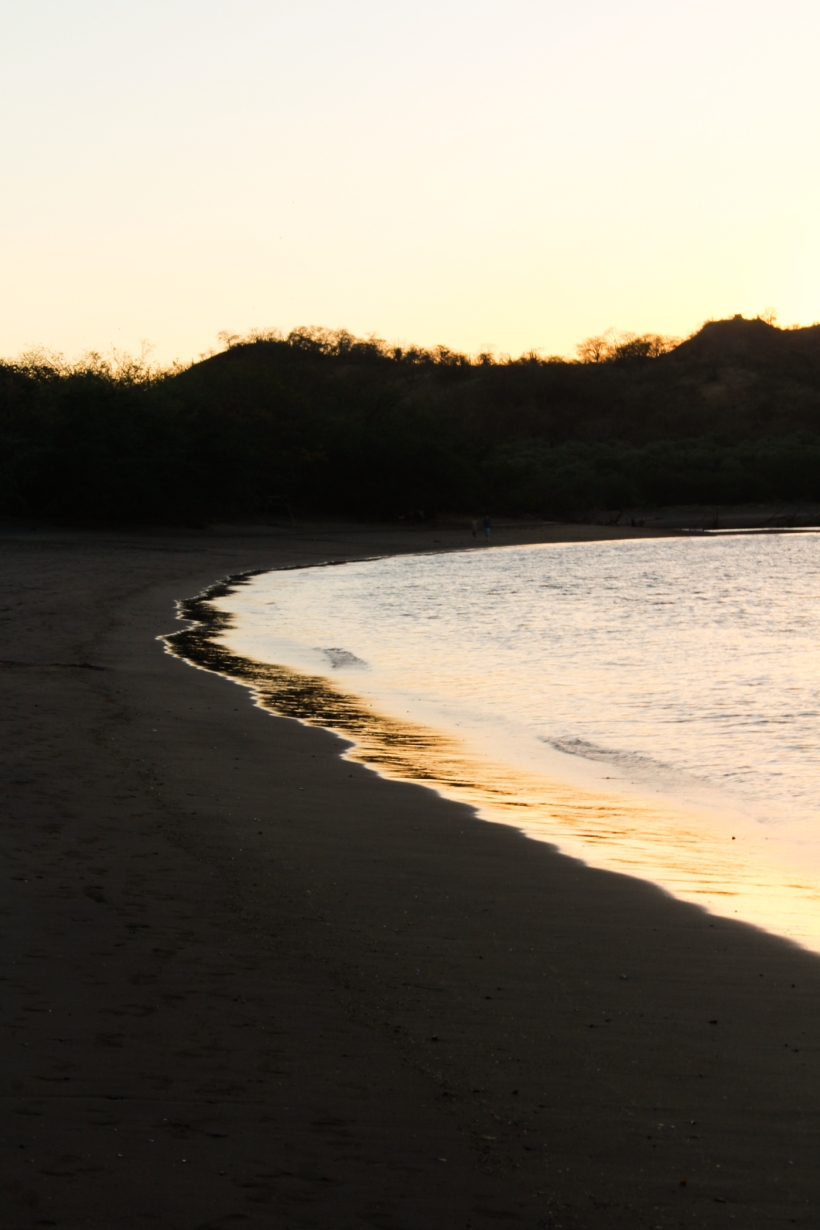 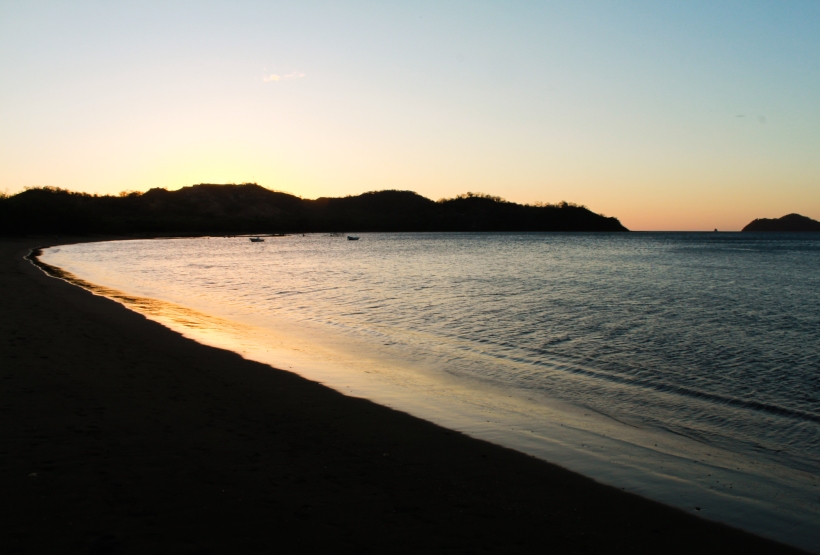 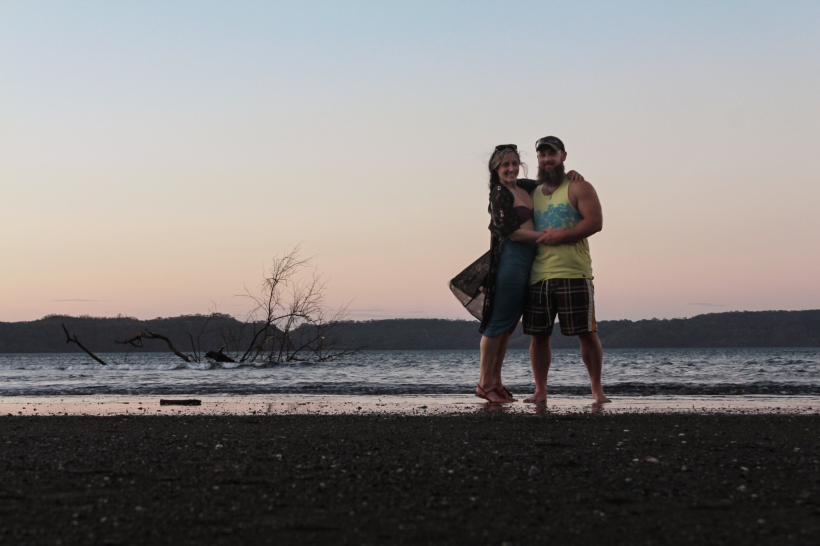 It was a good start to our anniversary trip.