I can officially say I have experienced a full solar eclipse.

My dad called me mid summer to tell me that he was planning a quick trip to Kentucky to view the full solar eclipse, and he wondered if Shane and I wanted to go. Honestly, I was in the middle of laundry or something when he called and I didn’t put much thought into my, “Well, maybe…” answer. He called a little while later and asked if I had given it any more thought, and I had a cartoon slap the forehead moment, because I had really forgotten about the request, but I quickly looked at my calendar and said I would join, but Shane wouldn’t be able to take the day off so wouldn’t be joining. I had one condition, I needed to make it back to Pennsylvania basically the day of the eclipse because the next day I had to set choreography on students.

So off my parents and I went to Kentucky, stopping at the ever amazing Grandpa’s Cheese Barn along the way for some snacks and staying quite a ways from our actual destination because that was the closest hotel room my dad could find for the event. We heard that traffic may be intense because of the swarms of people who wanted to view the solar eclipse totality. Because of this, my dad had chosen a town off the beaten path, Russellville, Kentucky. 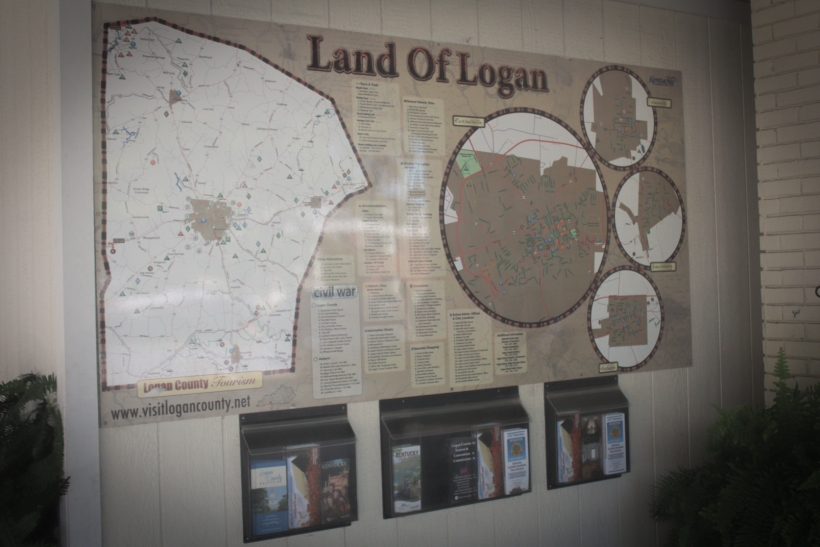 They’re library was set up with sunscreen and information stands with buckets of ice and water. There was a map at the front door where you could put a sticker representing where you came from. They had a shuttle that was taking people to the library, but we just parked at the grocery store next to it. All through the parking lot and into the library lawn people were set up with their cameras or hammocks or lawn chairs, everyone getting ready for the main event. 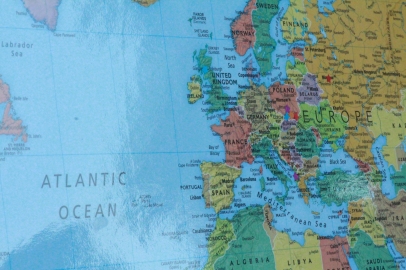 We got there early, as though to “save our spot”, even though it was happening in the sky and it wasn’t like someone was going to block our view like a tall person sitting in front of you at the theatre. So with our car parked and chairs set up we took a walk through the town. 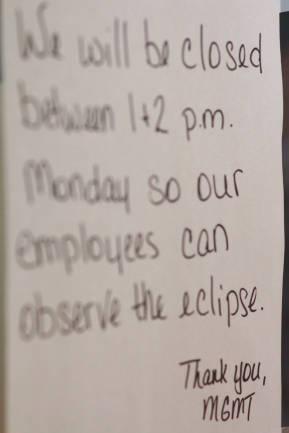 Well worth the visit, Russellville boasted quite a history, a cute little park in the town center, historical buildings, some cute shops, and it was alive with people excited to see this once in a lifetime event. It was a sleepy, sort of tired place that the mainstream had forgotten until this solar eclipse event. 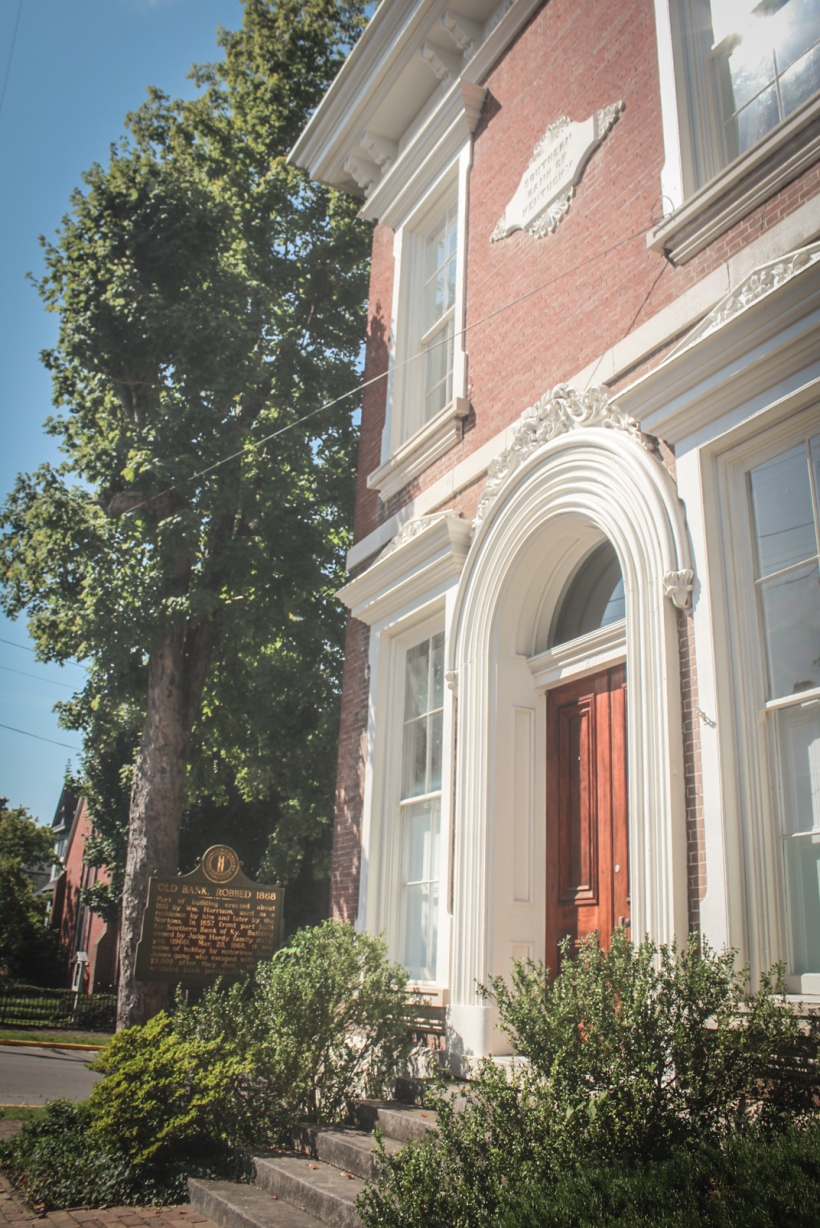 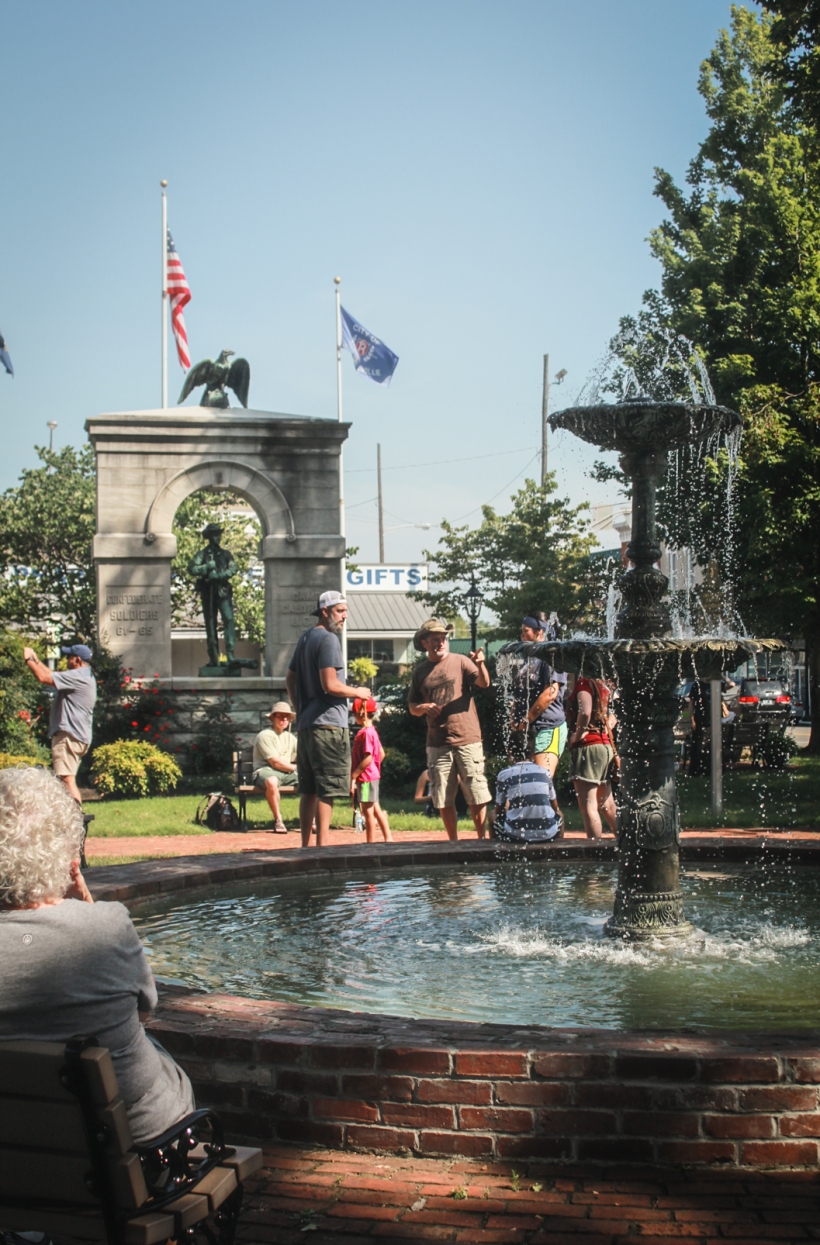 Besides the image at the top of this post, I won’t include any images of the sun in totality because there were plenty of professionals who got awesome photo’s of that. I was more interested in the reactions of the crowd and filmed a lot of that. It felt like you were at a baseball game, all cheering together for one team and a great play, but way more surreal.  It was like dusk the whole way around the horizon, which just messed with your comprehension of what time of day it was, and it actually got cooler outside! It was such a neat experience that I am so glad to have taken the time to see.

After such a thrilling afternoon, we grabbed a Sonic milkshake and began our trek home, and what a trek it was. Immediately we hit traffic, everyone was leaving Kentucky in the dust and headed home. What road construction we hit the day before and sailed through brought everyone to a screeching halt and taking back roads was barely a remedy with all their twist and turns. Our original route was going to be us going north then traveling east, but we had to change that to traveling east then heading up north. My fingers were zooming in and out on my Google maps and I was giving directions to my dad to avoid “red” areas where there was no movement in the traffic. It quickly became a nightmare, and a trip that should’ve been eight hours literally doubled.

Because I had to get back to teach, we absolutely could not stop, but we kept watching our arrival time change. You know those dreams where you are trying your hardest to get somewhere but you can’t reach the door even though you can see it and there is that panic that sets in that you may never reach it? Yeah. That is how it felt. We all so longed to stop too, because we went past Abraham Lincoln’s birthplace, his childhood hometown, a town called Horse Cave a few miles north of Mammoth Cave National Park, and one of those campgrounds where they have those teepees you can stay in. So many cool places, but we had to keep going.

We made it home around four, maybe five in the morning. Honestly, it was such a blur, I showered then and figured I might as well get a good nap in before I taught. I made it through the day of teaching, and was able to tell the kids that the day before I had been in Kentucky watching the solar eclipse, and that is something I wouldn’t trade for a full eight hours of sleep!